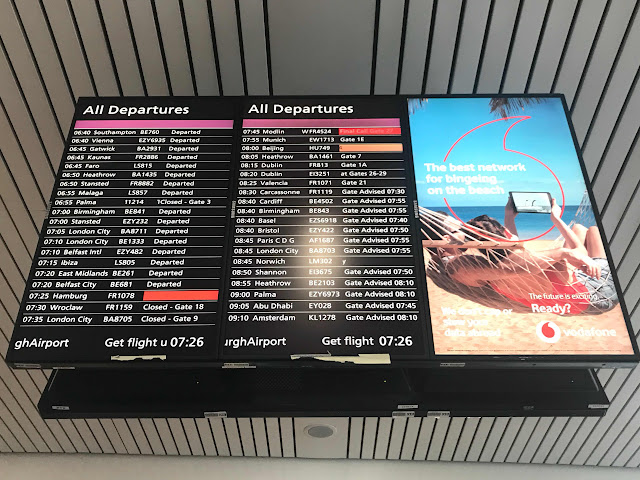 After flying to Dublin for a day, am going to share my Itinerary how I fitted everything I wanted to see in. Google maps is one of the best things for planning, places you’ve never been to. I zoom in at the city and look at what, I want to see. If you see what’s near what, it goes you a better idea what you can fit in. Once I plan a route out. I use Google maps, to see how long it takes to walk from one place to the next. I am one of those people, who want to go to all the places what the city is famous for. So I knew I wanted to visit Guinness Store House . Then my friend suggested visiting Kilmainham Gaol (it was the same friend told me about Melbourne Gaol. She must like jails haha). I thought I might as well visit the Dublin Gaol, since I’ve been to the one in Melbourne. I also wanted to see Temple Bar, that’s what Dublin is famous for right ?

My flight was at 08:15, so I got to the airport at 6am. I headed straight through airport security, to Wetherspoon and stopped for breakfast. Then I went for a wander round the shops, before the flight. 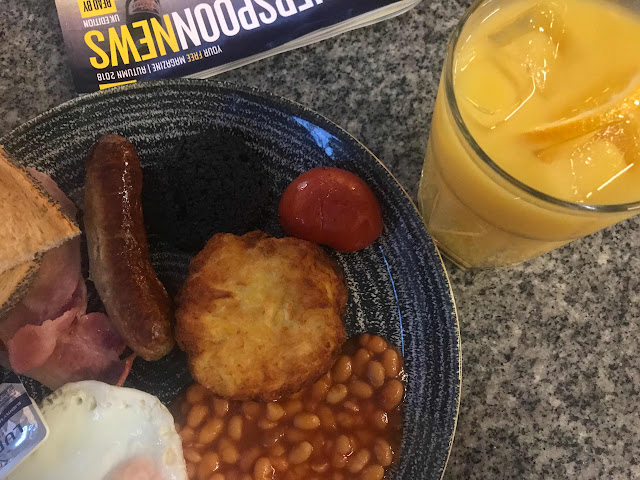 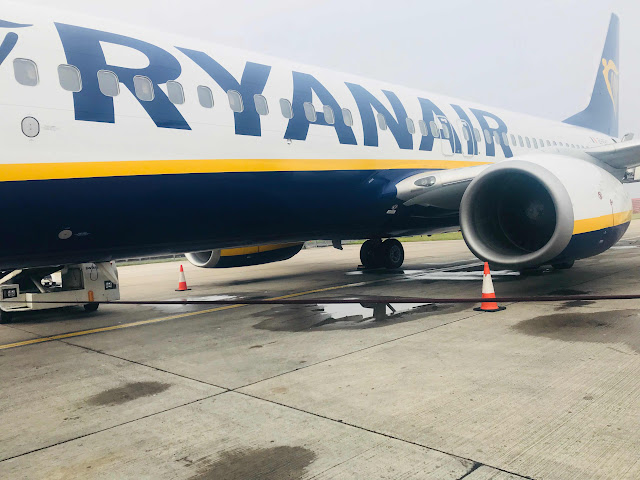 The flight landed at 09:25. I walked fast through the airport (be prepared it’s a long “U” shape walk you have to do), before getting outside. You can see the airport buses, so near yet so far haha. There is a few different buses, which take you to the city. Traveling alone I look into company’s that’s known nation or international. We have the Airlink in Edinburgh, so I opted for the Airlink. 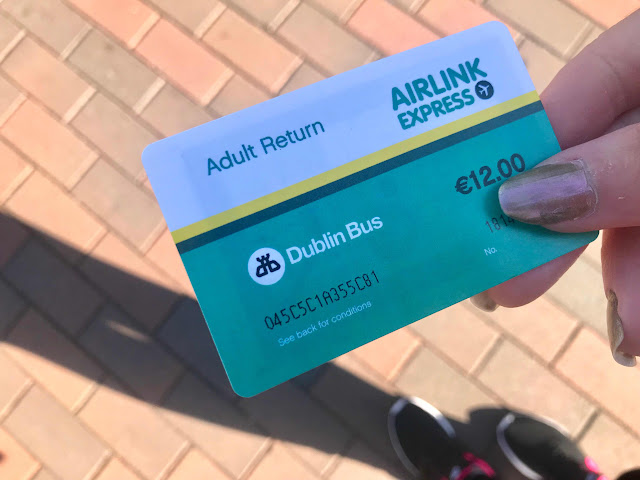 The bus got into the city fast, however there’s a lot of 1 way street. The bus went up 1 street, down the next and so on. I started to panic, as I’d already booked Guinness online. I was booked for 11am. I kept checking checking Google maps how long it would take to walk and everytime I checked it would take till 11am to walk there. I decided it was best to get off to the bus and start walking. I got to Guinness at exactly 11am, thanks to good ol Google maps. I was slightly confused with the timing slot. I read some online saying it was guided tour and other websites saying you walked round yourself. There was people giving talks and you were able to walk around yourself. There was so many different floors to see. It was actually fun getting to pour your own pint, but I might have enjoyed it more if they had chocolate flavour Guinness haha. I then headed to the Guinness shop to see what souvenirs I could pick up, to take back home. I ended up buying some Guinness toffee, fudge and chocolate. 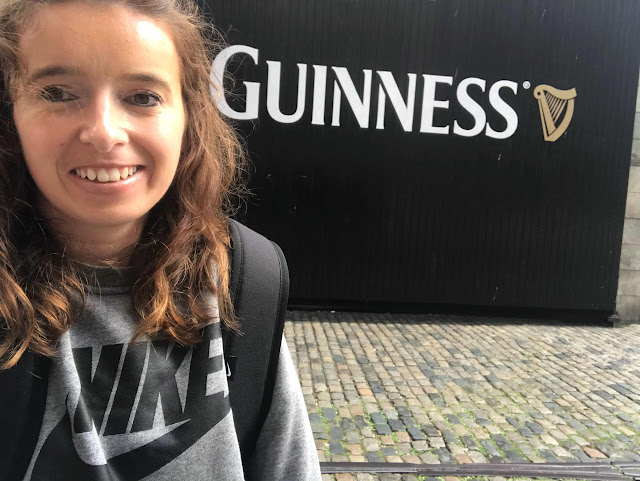 I left Guinness at around half 12 and I was booked at the Gaol for 1:45pm. The Goal is 20 mins walk from Guinness, so I had nearly an hour spare time. I used Google maps, to find my way to the Gaol. I saw a few things photo-worth shots, so I stopped on my way and took a few photos. 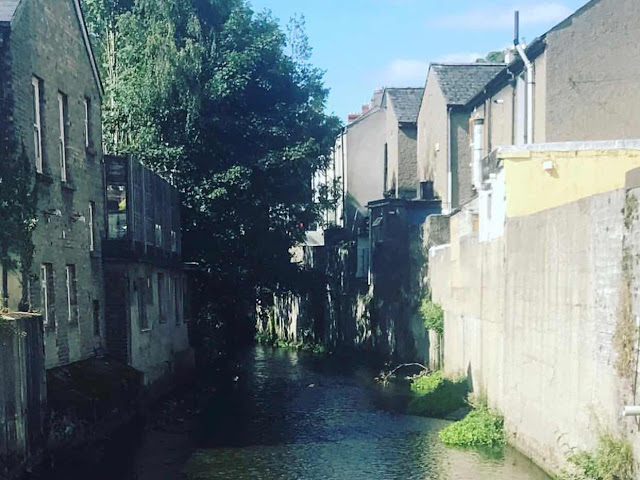 I got to the Gaol for 1pm. There was security standing outside shouting “the next available time slot is half 3”. There was a lot of tourists standing trying to get in. So it worked out, that I booked online. I ended up heading to get some chips and a drink near by and sat outside. I headed into the Gaol at 1:45pm and they tell you it’s a 1 hour guided tour. It was really strict. We were all stuck together at all times, it was hard to take a good photo. The main hall that we were showing at the end, was interesting. It looked similar to Melbourne Gaol. 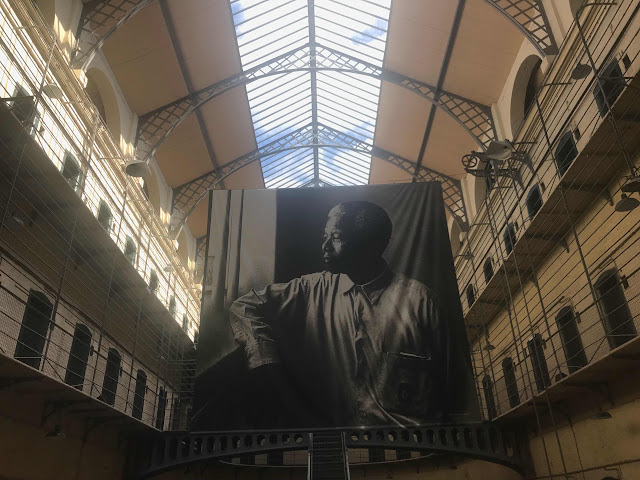 After Kilmainham Gaol, I headed towards the river. I walked along the river. I then wandered around Temple Bar. 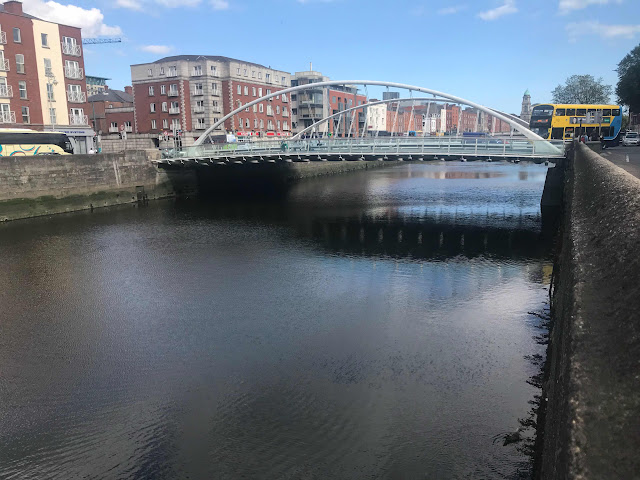 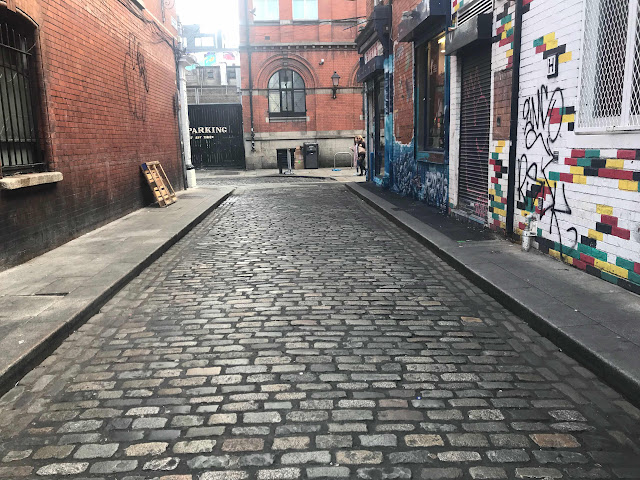 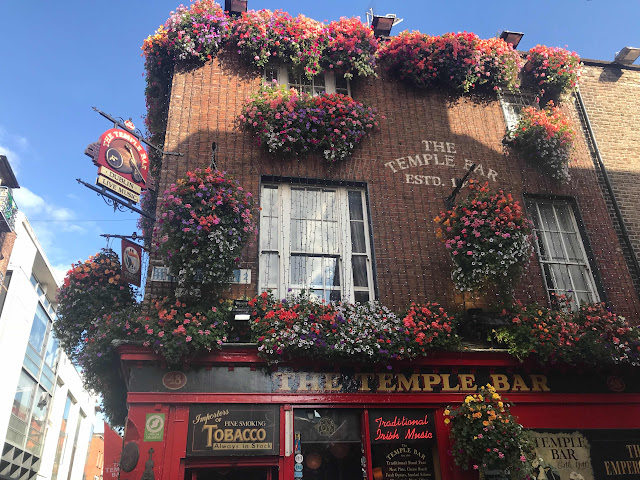 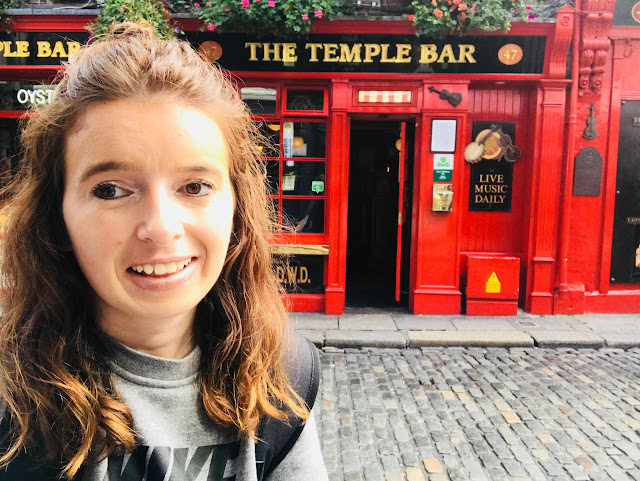 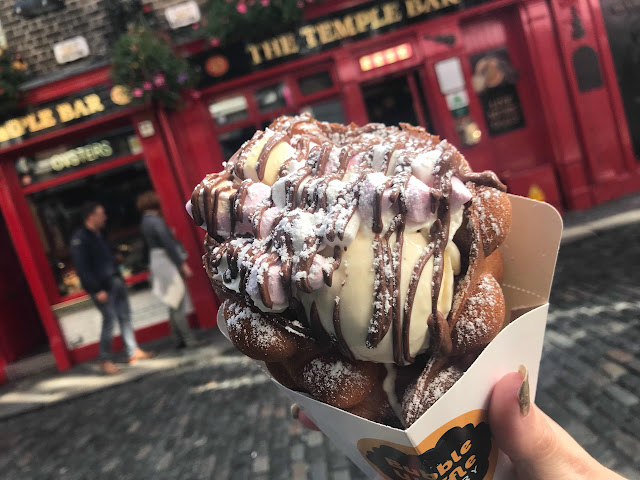 Temple Bar is famous for pubs, in Dublin. They do have an amazing waffle place. Actually I did see photos of Bubble Waffle on instagram, before heading to Dublin. It was really nice the waffle and I even had people stop me, asking where the waffle place is.

After Temple Bar I headed for the airport bus, back to the airport. I saw Molly Malone (famous Dublin statue), when I was heading to find the bus stop.

Dublin Airport Duty Free had so much nice makeup, but I didn’t want to spend too much money. I was heading to London the following day. So here is what I bought in Dublin (Guinness). 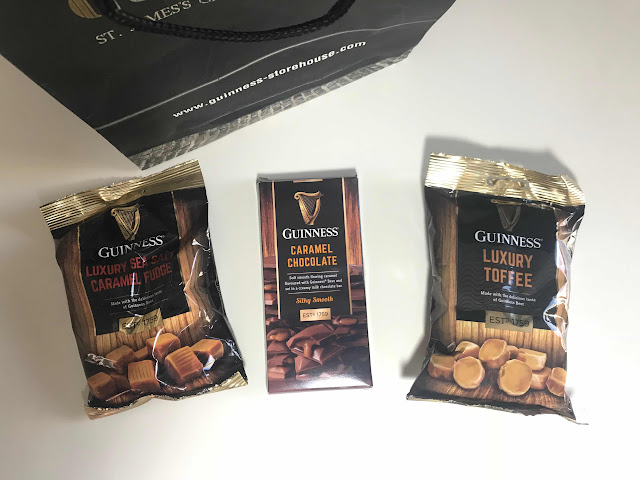